Here's an image of me throwing a tennis ball to Lottie: 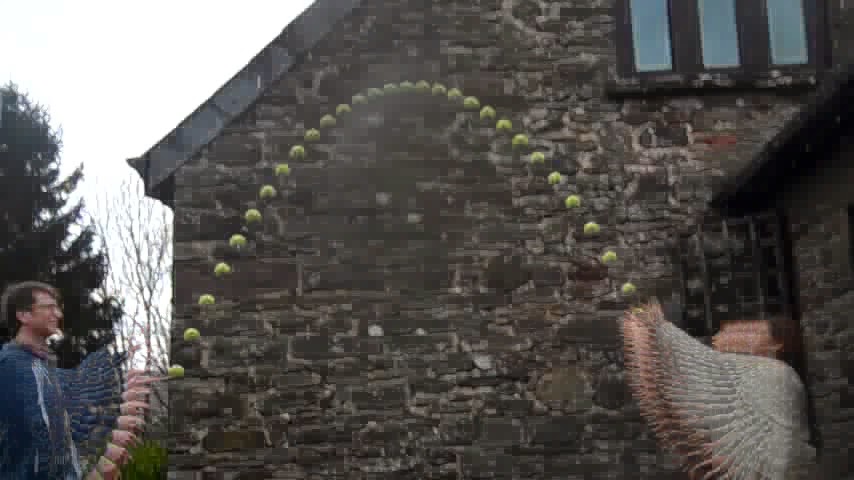 Millie filmed the video and edited it down to a shorter segment. I turned the resulting video frames into a series of JPEGs by running:

Then I composed them into a single image using ImageMagick:

Millie then used Desmos (an online graphing editor) to superimpose a parabola on the image.

Update: Dima Spivak suggested I use the picture to estimate g, the acceleration due to gravity.
The acceleration is 2d/t2, which works out at between 9.7 and 11.4 m/s2. This range contains the accepted value of g, which is 9.8 m/s2.