In 2017 I visited MoMath in New York City. It’s full of interactive maths exhibits, and is well worth a visit (as I write, it is online only due to the public health situation).

I particularly enjoyed watching kids run around on the Math Square, a square on the floor that responds to their steps. When I was there it was set up to draw large, brightly coloured shapes around where they were in contact with the floor.

These shapes are called Voronoi polgons. A Voronoi polygon is defined as being the set of points that are closer to one person than any other. (Note that the person is represented as a point in this case.)

This week’s visualization applies the same idea to a dataset of footballers’ movements during a match. Each player (and the ball) is a point in the plane, and we draw a Voronoi polygon for each of them. The points and polygons are animated to reflect their movements as the game is played.

The ball is shown in white, and players are black dots in a polygon that is coloured by team.

The animation is played at 10 times the original speed. It’s quite hypnotic, and you can get a feel for what’s happening in the game, with the ball bouncing around, or being guarded by a group of defenders. And this is even though it’s just a few animated points and polygons. 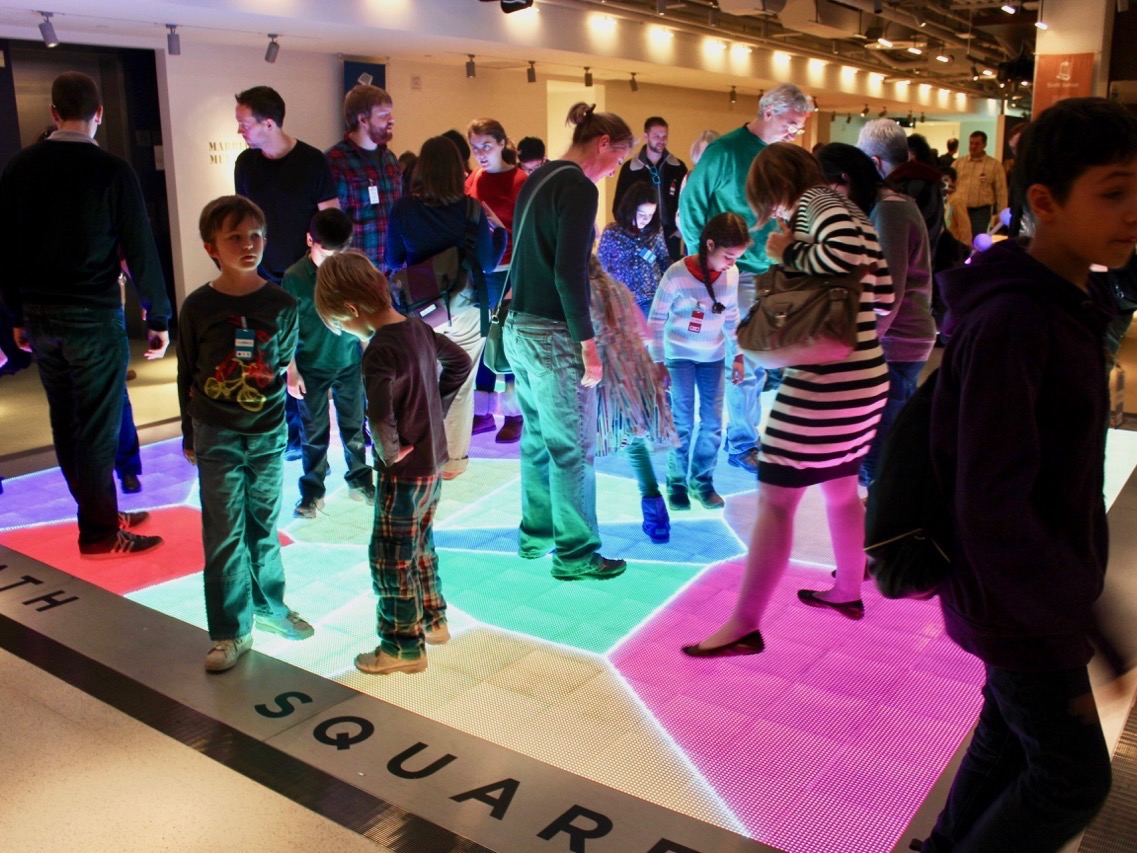